From Bike Crash to Career Path 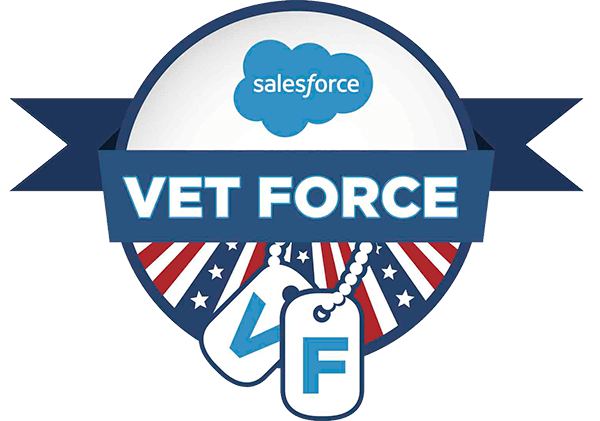 After years traveling and raising a family, programs like Military Trailblazers (formerly VetForce) and SpouseForce (a program by Blue Star Families) helped put this military mom on the path to career success.

A material scientist by training, and the mother of a military family, Emily Adamiec never imagined she would find a career in software development.

“It all started after a terrible cycling accident,” she explained.

Just one month after graduating from the University of Illinois, Emily married her husband David—a Weapons System Aviator, in the Marine Corps. David’s role in the Marines required regular relocation. Between the family’s frequent moves and demands of raising 2 active children, Emily was never able to make use of her engineering degree.

It was after one of those frequent moves—and a bad bike accident—that Emily began to consider the possibility of a career in tech. After spending 3 years in Japan, the family had recently returned to San Diego.

“I was out on a bike ride with old friends. I crashed, and destroyed my wrist and needed two surgeries. I couldn’t do the things I loved to do. I couldn’t play tennis, couldn’t run, and was realizing that most of my friends at this point had jobs since our kids were now older. I decided I would go back to work.”

Emily had toyed with the idea of going back to work previously, but was uncertain about the best approach.

“Moving around and never really starting a career, it just was slightly overwhelming on where to start.”

Emily began attending military job fairs, resume workshops, and even tried a java coding class.  After hearing about SpouseForce—an opportunity put on by Blue Star Families (a national nonprofit organization dedicated to strengthening America’s military families through community building) — she completed the required Trailheads to familiarize herself with Salesforce.

“I was hooked! I wish I had heard of Salesforce sooner! I loved databases, and had some experience constructing databases with Microsoft Access in previous jobs.” she said.

After completing the CRM Basics, Emily was accepted to the ADMIN 201 course, 2 hours a week for 8 weeks.  Around the same time, she applied for a position that required Salesforce experience—a first.

In short order, Emily was promoted to the role of Salesforce Administrator, and began to pursue additional certifications.

“As time went on, I could see my career wasn’t going to progress at my current job. Although I was learning a lot, given freedom to make changes, there is just so much to know about Salesforce! I started working on my next certification with Military Trailblazers another amazing opportunity that Salesforce is providing for Veterans and their spouses.”

After finishing the required Trailheads, Emily was approved to enroll in the Certification Preparation for Sales Cloud class, and given vouchers to take the certification tests. It was around this same time that Emily applied for a Salesforce Consultant role at Agency73.

“This was the perfect role to advance my career and take me where I want to go. My husband and I want to spend three years living in Thailand when he retires, and I need a remote career!”

Agency73 immediately saw the value that Emily could bring to the team, and brought her onboard in a consultant role in January of 2020.

Thinking back on her career journey, Emily is grateful for the support of Salesforce, and their programs supporting military families like hers.

“I was never able to utilize my degree but I wanted to get back in the workforce. Eighteen years later, Spouseforce and VetForce gave me a career path!”

Agency73 is proud of Emily and her story, and is thrilled to have her on the team—she’s already doing stellar work. For more information on how you can support career development for veterans and military families check out Military Trailblazers and Blue Star Families ; or shoot us an email, and we’d be happy to share our experience with these great programs.