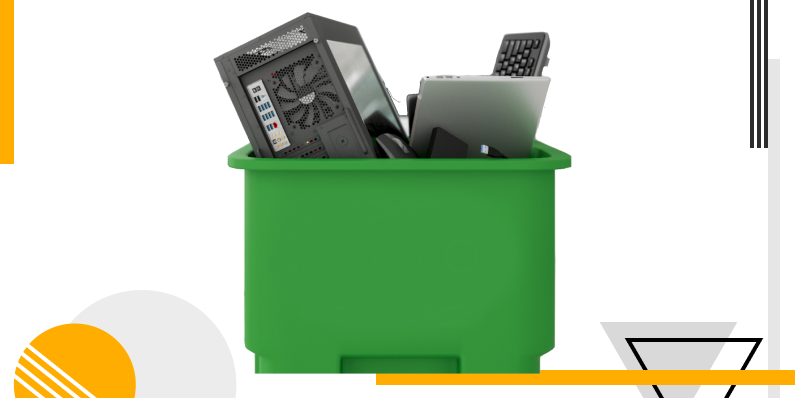 This article mentions Pardot, which is now referred to as Salesforce Marketing Cloud Account Engagement (MCAE).

Maybe you’ve been there before: you’ve run into a prospect in Pardot that looks suspicious. Something tipped you off – the email address seems like a string of jumbled letters; the first and/or last name are nonsensical; the “comments” field seems like it was autogenerated by a bot that poorly mimics human writing.

Your first inclination is to archive the prospect. After all, they’re counting toward your analytics and counting against your mailable database limit (which costs money). But this isn’t new – you’ve seen other suspicious prospects in the past. Who are there, where did they come from, and how do you get rid of them?

Who Junk Prospects Are

Junk prospects are the result of bots – and less frequently manual spammers – submitting entries to your Pardot forms and form handlers. These bots crawl the internet looking for forms to submit illegitimate entries to, with the goal of compromising your website security and user data. Most of the time, it’s easy to identify a junk prospect, but they can also look legitimate at first glance.

Why Pardot Admins Should Be on Alert

Junk prospects count against your mailable database limit in Pardot, occupying seats that you pay for and could be using to target legitimate prospects interested in your products/services. They also distort your metrics on forms, landing pages, emails, and other Pardot assets preventing you from meaningfully evaluating your content’s relevance and success rates.

They’re no good. Every Pardot admin should aim to:

How to Prevent Junk Prospects

All Pardot-hosted forms include two built-in levels of defense called honeypot and CAPTCHA. By using hidden fields and checking against IP addresses known to disseminate spam, Pardot itself filters out the majority of low-level spam submissions.

Pardot also offers an optional (and free) level of additional protection called reCAPTCHA, which is a version of CAPTCHA developed and optimized by Google. This is available in your Pardot form under the “Look and Feel” tab, as shown here: 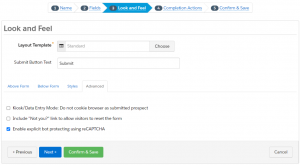 In my experience, I often see junk prospects submitting form entries in rapid succession (within minutes of each other) or using free email provider domains. Pardot allows users to restrict both within the form. Read more here about validating email addresses upon submission.

Both of these methods are imperfect, and it’s still possible for some junk prospects to enter your Pardot database. Unfortunately for us, bots are becoming more sophisticated. Layered mitigation is the way to go – think of the swiss cheese model that’s often mentioned with COVID-19 mitigation. Each layer has holes, but adding layers on top of each other helps prevent junk prospects from entering your database.

Get Rid of Existing Junk Prospects

You’ve taken every step to prevent junk prospects from making it into your Pardot database – but some still made it. What do you do?

Luckily, we can use Pardot’s dynamic lists to create criteria that isolates those junk prospects. These dynamic lists will automatically update in Pardot – once someone meets these criteria, they’re immediately added to the list. These criteria can include:

Once you’ve created that list (or leveraged the Agency73 team to build a complex list for you), run it, and comb through the results to see if exclusively junk prospects were captured. If legitimate prospects found their way into that list, adjust the list criteria. Once you’ve refined it enough, create an automation in Pardot that says the following:

This automation rule will continuously check for new prospects that are added to your Junk Prospect List, and it will take the action of opting out the prospects – meaning they no longer count against your mailable database limits, and they won’t negatively impact your email metrics since they can no longer receive emails via Pardot.

Next Steps and Maintenance

Remember that as bots become more sophisticated, you’ll want to revisit your database hygiene once every six months. Making sure your database is clean will help keep your sender reputation high, your email metrics reflective of true prospect engagement, and your database limits down.

Our team’s also happy to design and implement a strategy for you – or just geek out on new ways to catch junk prospects. Contact me below if you’d like to chat. 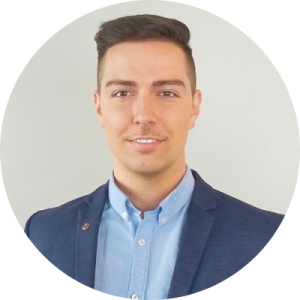 Contact Conner to start working magic with Marketing Cloud Account Engagement (Pardot), or check him out on LinkedIn.